The Rogue You Know by Shana Galen 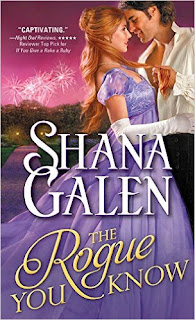 Thanks for stopping by today. Shana Galen is visiting and is sharing her inspiration for her bad boy heroes. You will find her insights below, along with a chance to win a copy of the Covent Garden Cubs series, Book 1, Earls Just Want to Have Fun. Fantastic book by the way. Make sure you enter for a chance to win!

Book Description:
She's beyond his reach...
Gideon Harrow has spent his life in London's dark underworld-and he wants out. A thief and a con, he plans one last heist to finally win his freedom. But when everything goes wrong, he finds himself at the tender mercies of one of Society's most untouchable women-Lady Susanna Derring.
...and out of her depth.
Susanna has spent her life in London's glittering ton, under the thumb of a domineering mother-and she wants out. When a wickedly charming rogue lands at her feet, she jumps at the chance to experience life before it's too late. But as she descends into London's underworld, she finds that nothing- not even Gideon-is as it seems. As excitement turns to danger, Susanna must decide what price she's willing to pay...for the love of a reformed thief.


Buy Links:
Amazon: http://amzn.to/1hidOmA
Barnes and Noble: http://bit.ly/1UlC0m7
iBooks: http://apple.co/1M9L0JI
IndieBound: http://bit.ly/1IWkOBI
Add to Goodreads:
https://www.goodreads.com/book/show/24296177-the-rogue-you-know?ac=1
Vikki’s Musings
I am a huge fan of Shana Galen’s wonderful, adventurous tales of love and mayhem. When I received an invitation from the publisher to read and review The Rogue You Know in exchange for an honest review, I eagerly accepted. Out of all of Ms. Galen’s books that I have read, I have yet to read one that did not fulfill my historical romance fetish. This book is another great romp through the streets of regency England.
Lady Susanna feels so suffocated by her mother’s domineering attitude that she finds it hard to breathe. Her overprotective ways are so bad, she cannot even go to the retiring room on her own. When she finally escapes her mother’s watchful eye, a chance encounter with Lady Litton, gives her a clue to why her mother is so determined to shelter her.
Gideon Harrow is a thief and on the run from Beezle, the new arch rogue of the Covent Garden Cubs, a band of thieves and pickpockets, a group he is a member of. He takes shelter at his friend, Marlowe’s new residence and is discovered by Susanna.
Susanna is determined to visit Vauxhall Gardens, that is where Lady Litton tells her, her mother’s secret is. She grabs the precious gem necklace from Gideon and hides it, then tells him she will not give it back until he takes her to the famous garden.
This starts Susanna’s fantastic journey through the underbelly of London. Will Susanna and Gideon band together to outrun their pursuers and along the way find a love to last a lifetime?
When Lady Susanna is first introduced, I was not sure I would like her because she seemed so timid, but let me tell you, SHE IS NOT TIMID! Once she starts on her grand adventure, she becomes fearless, a woman who knows what she wants and goes after it. I fell in love with her character and really wanted her to gain what she desired, truly a delightful heroine. Ms. Galen writes strong female characters and Lady Susanna is certainly that.
Gideon Harrow seems like the most unlikely hero for Susanna, but he is the perfect man for her. His character’s loyalty, determination and honor comes through loud and clear. In this case, a rogue truly can be true to his own code of conduct, and a gentleman, although his birth is far below genteel. I loved how he tried to protect Susanna from her madcap ways.
While the romance happens between Gideon and Susanna incredibly fast--theirs is a true case of love at first sight--I still found it very believable. The chemistry between this great couple sizzles from their first meeting and throughout the rest of the book. Their wild adventure is so intense, it allows for the romance to develop very fast. They are a wonderful hero and heroine and fantastic together as a couple.
I highly recommend this exciting, action-packed tale of love between two amazing characters. If you like stories very fast-paced that keep you on your toes, then you will delight in this great read. If you have never read any of Shana Galen’s books, you are missing out. The Rogue You Know is a stellar example of all that I love about her writing. Happy reading!

When we think about Regency England, we tend to think of the balls, the carriages, the gowns. We forget that for every duke or marquess, there were hundreds of thieves and pickpockets living in the slums of the city. Covent Garden was an area of London with plenty of rookeries, and the thieves who lived there often banded together because there’s protection in numbers. My fictional gang called the Covent Garden Cubs is made up of the leader Satin, his second-in-command Beezle, and an assortment of pickpockets and house-breakers with names like Gap, Racer, and Stub. The gang also has one girl, Marlowe, and I wrote about her in Earls Just Want to Have Fun. Her best friend in the gang in Gideon, and he’s the hero in The Rogue You Know. Gideon is the ultimate bad boy who can cheat, lie, and steal with the best of them. He was orphaned at a young age and had no choice but to steal to survive. Now Gideon wants a different life for himself, and if he can just complete one last job, he’ll have it…or die trying.

When writing about my bad boy hero, I had plenty of inspiration.

1)       Flynn Rider from Tangled
Yes, I know Flynn is animated, but he is the main inspiration for Gideon. Like the Disney bad boy, Gideon is charming, funny, and self-deprecating. Flynn makes no apologies for his lifestyle, and while he may try to hide his sensitive side, his love for Rapunzel brings it out.

2)       George Gordon Byron, Baron Byron
Byron was a poet, nobleman, and ultimate bad boy. Described as “mad, bad, and dangerous to know,” Byron titillated the Regency world. He generated enormous debts, had numerous affairs and liaisons, and ultimately died young and tragically abroad. A bad boy with the heart of a romantic is always an inspiration.

3)       Danny in Grease
We’ve all seen Grease so many times we forget that Travolta’s character was really a bad boy. He’s dangerous for Sandy’s reputation and just plain dangerous, period. But like any bad boy we love, love wins Danny over and he’s willing to change to be with the woman who means everything.

4)       Patrick in 10 Things I Hate About You
I love a bad boy who sets out to corrupt the good girl and then is corrupted by her instead. Heath Ledger is fabulous as the new kid in school who agrees to date the heroine…for a fee. “How do I loathe thee? Let me count the ways.” The banter between Patrick and Kat makes this bad boy movie memorable.

5)       Nick Gentry in Worth Any Price by Lisa Kleypas
While Gideon may be on the wrong side of the law and Nick Gentry a Bow Street Runner, Nick definitely serves as an inspiration. He’s a man with a dark past and much to hide, but Charlotte is able to peel away the layers one by one. Her love for him, and his for her, redeems this bad boy and makes us love him all the more.

I enjoyed taking inspiration from each of these bad boys and creating the character of Gideon. He may be a thief and a rogue, but he is also capable of deep love. And that’s what my books are about—characters for whom love changes everything.

Who are your favorite redeemed rogues? 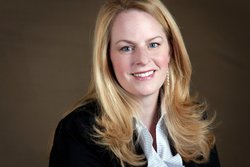 Shana Galen is the bestselling author of passionate Regency romps, including the RT Reviewers' Choice The Making of a Gentleman. Kirkus says of her books, "The road to happily-ever-after is intense, conflicted, suspenseful and fun," and RT Bookreviews calls her books " lighthearted yet poignant, humorous yet touching." She taught English at the middle and high school level off and on for eleven years. Most of those years were spent working in Houston's inner city. Now she writes full time. She's happily married and has a daughter who is most definitely a romance heroine in the making. Shana loves to hear from readers, so send her an email or see what she's up to daily on Facebook and Twitter.