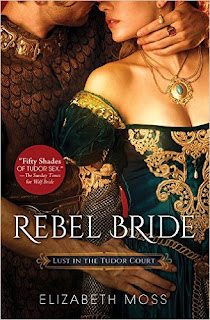 HE IS UNDER HER SPELL...

Hugh Beaufort, favored courtier of King Henry VIII, likes his women quiet and biddable. But Susannah Tyrell is neither of these things. She is feisty, beautiful, opinionated and brave. And Hugh is fascinated by her-despite himself.
When Susannah pulls an outrageous stunt and finds herself lost in the wilds of England, Hugh must go to her rescue. Neither of them is prepared for the dangers that lie in wait. But most deadly of all is their forbidden desire for one another. Hugh has long held himself in check, but even his iron will has its limits as they remain alone together in the forest, far from the restraints of court...

I read Wolf Bride about six months ago and totally fell in love with that book. When I saw Rebel Bride was available on Net-Galley, I immediately requested it in exchange for an honest review. Unfortunately, I did not enjoy this one as much as I did Wolf Bride. While the story is as well-written as Wolf Bride, I did not like Susannah very much. One of the things I liked most about the first book was the intrigue within the Tudor court. That was another thing missing in Rebel Bride.

When Susannah finds out her father is determined to marry her off to his elderly friend, she runs away and becomes lost in the woods. When two men discover her and take her to their overlord, he is determined to take her virtue, which puts her in a very dangerous situation.

Hugh Beaufort, a courier for Henry VIII, is sent by Lord Wolf to find his wife’s unruly sister. He had recently met Susannah under less than desirable circumstances. But, nonetheless, he would do his duty.

When he finds Susannah, he doe not know whether to spank her for her willfulness or love her for her feistiness.

Susannah’s character is willful, immature and cannot make up her mind. One minute she wants Hugh and then the next she does not. I find it difficult to believe that a genteel young woman would make the choices Susannah makes. She is her own worst enemy. I became quite irritated with her throughout most of the book.

Nonetheless, I did enjoy the historical detail, just would have enjoyed a bit more of it. This is an okay read, just not riveting like Wolf Bride was. That book may have set the bar very high. I am glad I took a chance on this one because I got to see more of Wolf and Eloise. Happy reading!

Good morning and thanks for stopping by. Let's help Ashley Bostock have a great book blast. Ms. Bostock will be giving away a $20 Amazon/B&N gift card via a Rafflecopter drawing at the end of her tour. Make sure you follow the link below to have a chance to win! 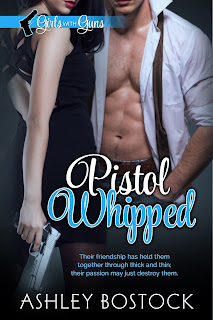 She’d known him for forever…

Gabriella Crawford has been best friends with Logan since the 2nd grade, but that’s all they’d ever been…friends. Suddenly after 20 years, Gabbie starts to notice Logan in a different light. But sex has never been something Gabbie thought was great and it’s certainly not something worth risking a friendship over. Or is it?

Logan Reeves should not be looking at his best friend’s breasts. Not even when he sees her modeling lingerie. But try as he might to stay in the ‘friend zone’ Logan can’t stop fantasizing about Gabbie. And when a business trip forces them to sleep in the same bed, all bets are off. Especially once Logan finds out Gabbie needs to be shown how good sex can be…

But is it too late?

Incredible sex might not be enough to keep these two together. Not when old secrets from the past and new career opportunities threaten to rip Logan and Gabbie apart forever.

He stretched, folding his arms underneath his head, “I don’t know what to do about this, Gabriella. I’m leaving Colorado.”

“We are really good friends.”

“There is nothing I want more right now than to touch you.”

“Does that mean you don’t want me to touch you?”

Logan removed his hands from behind his head and turned to face her on the bed.

Gabriella turned to face him. In the dark, he could barely make out her face with only a small fraction of it illuminated by the alarm clock. “How would you like me to touch you?”

“I’m nervous, I don’t know. You could come closer though.” 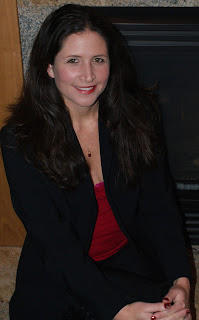 Ashley Bostock was born and raised in Colorado where she currently resides with her husband, two children, her dog and two cats. She loves reading, writing, and music and is always trying to find more time in the day to incorporate all three. Seeking an outlet and pursuing her life-long passion for writing, she began composing her first novel in late 2013. She has traveled all over the world, but still has an extensive list of places she would love to visit. Anywhere near a sky-blue ocean will always be at the top of that list. She carries a Bachelor’s Degree in History with a concentration in Elementary Education from Metropolitan State College of Denver. While she loves children, she now fears teaching, which probably has something to do with being a stay-at-home mom.