Book Review with Featured Author: Out of the Mountain's Shadow by Rose Alexander

Out of the Mountain’s shadow 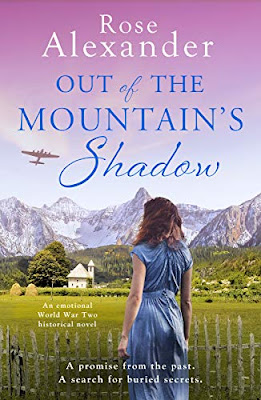 1939: War has broken out, and in Albania Bekim’s family take in a Jewish family fleeing from Nazi Austria. The years of war will shape his life in unimaginable ways as Bekim grows to love Hannelore, doing everything in his power to protect her. But will he be enough to keep her safe?

2019: Following a shock redundancy, Ruth is taking an extended holiday in southern Italy where she befriends local Zak. When Zak’s dying father asks them to solve a mystery from his past, Ruth leaps at the chance. Journeying through his homeland of Albania, Ruth and Zak race to find the sacred artefacts hidden in the mountains during the war.

Thanks go to the publisher and Net-Galley for the complimentary digital copy of Out of the Mountain’s Shadow by Rose Alexander. I voluntarily agreed to read and review this book prior to publication. My opinions are my own, and nothing has influenced my rating.

Out of the Mountain’s Shadow is a well written novel with engaging characters and an emotionally charged plot. This book is written in dual timelines, one in 2019, and the other in WWII Albania. I thoroughly enjoyed this aspect of the book.

Ruth is the main character in the story set in 2019 in southern Italy. She’s on holiday where she meets Zak and agrees to help him solve a mystery for his dying father. I enjoyed her character a great deal. Her caring ways with her landlord’s young son stole my heart, and her determination to find Bekim’s first love made me love her even more.

Bekim is the main character in the story set in war-torn Albania and follows him from a young boy when he befriends Hannelore, a young Jewish child. As the war is fought around them, he falls in love while his family hides her family to keep them safe from the Natzi soldiers. He becomes a resistance fighter and fights to win his country’s freedom.

There are dual love stories in this book. Zak and Ruth are well matched, and I enjoyed their relationship a great deal. Then Bekim and Hannelore are wonderful. My heart wept for them when Hannelore leaves Albania bound for America.

This is a very emotional book, and it shows the stark reality of the brutal occupation of Albania by Natzi Germany. I loved learning about the resistance fighters and the fierce battle to protect their country.

If you enjoy historical fiction with amazing characters and an intriguing plot, then you will love Out of the Mountain’s Shadow. This is the first book I’ve read by Ms. Alexander but it will not be the last. Happy reading! 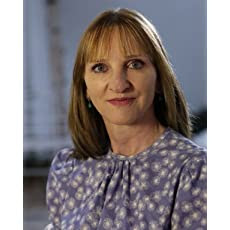 I've had more careers than I care to mention and am currently working full-time as a secondary school English teacher. I write in the holidays, weekends and evenings, whenever I have a chance, although with three children, a husband, a lodger and a cat, this isn't always as often as I'd like. My book is the result of much hard work, research and patience. The greatest reward possible would be my readers' enjoyment, so I hope it does it for you! 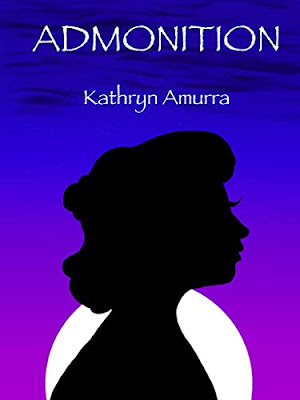 Sabina is a young noblewoman who, based on her soothsayer aunt's prediction, believes her words are dangerous and will hurt those she loves. Following the death of her beloved husband, she takes a vow of silence to protect others from suffering the same fate. Ignored and scorned by those around her, who believe her to be cursed by the gods who took her voice, she is content to live in the shadow of her former life, avoiding society as best she can and staying away from the politics and drama of Rome's inner circles.

Lucius is an unwilling front-runner to inherit the title of Emperor from Rome's childless leader, Trajan. Although the soothsayer warns him to steer clear of a pretty face that hides a cursed soul, Lucius cannot help but be drawn to the silent and beautiful Sabina. After learning her secret, he is as determined to help her shed her cloak of silence as she is to keep him at a safe distance. But when Lucius becomes the target of a political plot, Sabina must decide whether breaking her silence will save his life or merely seal his fate.

Admonition was winner of the Georgia Romance Writers' 2020 Maggie Award for Excellence in the Unpublished Historical Romance category.

Read for free on Kindle Unlimited

They walked along the path in silence toward the spot where her stepsister and Cyprian were standing, and she pushed her inappropriate thoughts of skin and warmth aside. She was in control, she told herself, the rhythmic sound of their sandals against the stone path reflecting her rigorous command of the situation. She raised her head a little higher and moved her shoulders back. He was to her like any other man; she was not a captive to his charms. Indeed, she had rejected his advances just the night before. Hadn’t she?

She observed that he, too, seemed unaffected by her presence at his side. It was not how she imagined he would be, and she found his behavior a little confusing. Perhaps she had misinterpreted the previous night’s incident with the rose. Perhaps he had meant nothing by it and held no grudge against her.

Glancing up at him, she noticed he wore a content half-smile on his lips. He was enjoying the feel of the fragrant evening breeze, no doubt.

They stopped near a small marble fountain several paces from where Cyprian and her stepsister still stood side-by-side. She could not hear the entirety of their conversation over the gentle splashing of the fountain, but every now and then she heard Priscilla’s girlish giggling, generally accompanied by nonsensical and high-pitched exclamations.

“Shall we stay here and give the two of them a moment, while of course strictly supervising their behavior from the shadow of the fountain?”

Sabina nodded her head in agreement. She could be at her stepsister’s side in a few seconds, should she see any action taken that would compromise her honor.

“Good. I appreciate the opportunity to have you to myself for a short time, as I would like to apologize for my behavior last night.”

She furrowed her brow in question as she tried to steady her breathing, which had become quick and shallow upon hearing him mention their encounter from the previous evening. She had just convinced herself that Lucius did not even remember her rejection of his flower. But here, he now wished to discuss it? And what reason could he possibly have for apologizing? He had merely presented her with a lovely flower to smell and perhaps place in her hair or in the folds of her dress. It was no more than any respectable young man would do as a gesture of thanks to a woman in his company. It was she who had been rude in refusing the innocent token. If an apology were warranted, it should have been from her.

She let go of his arm and shook her head, trying to convey that no apology was needed, but he only responded by taking a step closer to her.

“Pray, let me speak, for this weighs heavily on my conscience.”

With his face drawing slowly nearer to hers, she gave up all efforts of hiding her erratic breathing as she moved to step away from him. He caught one of her hands in his and reached up to trace the curve of her cheek with the fingers of his other hand.

“I was wrong last night, you see,” he began, his voice a low rumble, “for I thought you might enjoy a rose plucked from the governor’s bushes.”

His fingertips made their way down her cheek and onto her neck, then moved back to rest behind her head, his thumb making small circles near her jaw.

Unable to move under his touch, she closed her eyes and swallowed hard, then forced her eyes to reopen.

When he spoke again, his voice was even softer, and she strained to hear him over the sound of the fountain, unwittingly moving her face even closer to his. “I was such a fool. I now realize that what you wanted from me was not a flower at all . . .”

His mouth hovered over hers, and she wondered in a half-dazed state how it was that they could be so close and not touch.

“Rather,” he continued in barely a whisper, “what you truly desired was a kiss.”

Her heart stopped beating in her chest, and she closed her eyes. She could feel him there, so close, the warmth of his breath on her face, the heat that radiated from his skin warming hers. Her lips parted in a silent prayer that he would kiss her and end the torturous nearness.

Thanks goes the author for the complimentary digital copy of Admonition. An intriguing historical romance set in ancient times. I voluntarily agreed to read and review this book prior to publication. I apologize to the author for missing her publication date! My opinions are my own and nothing has influenced my rating.

Admonition is a well-written, emotionally charged romance with a plot that kept me reading, wanting to know what would happen next. There’s no doubt Ms. Amurra has done her research for this historical period and done it well.

Sabina is the heroine in this tale. She’s a young widow and her community believes she is cursed. She lives in a world of silence while she mourns her late husband. I enjoyed her character a great deal and my heart ached for her. She’s consumed by fear that if she loves again, a new husband could perish because of the curse.

Lucius is an incredible hero, and I quickly became vested in his character. He has the traits I most admire in a hero, and I loved his patience with Sabina. He never becomes frustrated with her, even when her fears could drive them apart. Near the end of the book, I could feel his heart ache over the betrayal he experiences. Since I don’t want to have any spoilers, you will need to read the book to understand my meaning!

The romance between Sabina and Lucius starts as simmering pot but slowly comes to a roaring boil by the end. The emotions between them is splendidly written. I truly wanted them to find their happy ending.

If you enjoy historical novels set in ancient times with remarkable characters and an emotionally charged plot, then you will love Admonition as much as I did. This is the second book I’ve read by Ms. Amurra and both are wonderful. Happy reading! 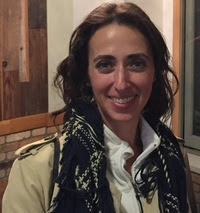 Kathryn Amurra is the author of Soothsayer's Path, a historical romance series of standalone books set in Ancient Rome around 115 CE. Her debut novel, Soothsayer, was published in May 2020, and her second novel Admonition will publish on June 5, 2021. Kathryn has been making up stories for as long as she can remember and writing since grade school. Against the advice of her 12th grade English teacher, she studied Mechanical Engineering in college, then worked as an Engineer for a few years. After finding and marrying her own hero, she and her hubby went to law school together. They currently live in North Carolina with their three girls and boxer pup.