Recently, Secret Cravings Publishing closed, so my two newest releases will be unavailable for a short time. Never fear, I am undaunted! They will return very soon. I will let you know as soon as I re-release them. Both books will be in the Kindle Unlimited program. In anticipation of their upcoming release, I have included the book descriptions for each novel and the beautiful covers. Keep watching for future updates! 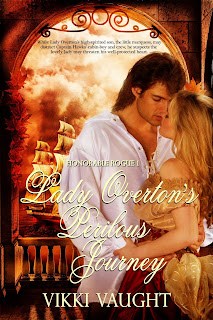 When her son’s life is threatened, Lady Overton seeks refuge for her and her young son on a ship bound for America. Before the ship can even reach the high seas, sparks fly between her and Captain Alex Hawks. Although the young widow may be lonely, and afraid, she cannot risk the diversion a romantic entanglement could bring, no matter how much she wants to lose herself in the captain’s embrace.
The Captain vows to protect the young marquess, but can offer no assurance that the marchioness will leave his ship with her virtue intact. Alex is drawn to Anissa’s beauty and courage. How long can he fight a losing battle before he surrenders and makes her his own?


Will Alex be able to keep this remarkable woman and her child safe? Will his passion for Anissa be enough or will their differences keep them apart? 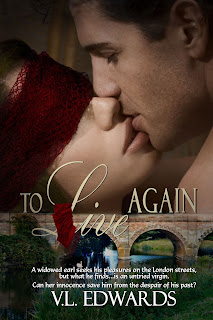 The Earl of Broadmoor lives for his son and grieves for his late wife. Vowing to never give his heart again, Warren prowls the streets of London, seeking pleasure. When a beautiful young woman captures his eye, a woman he believes wise to the art of amour, he offers her a night filled with desire.

Amelia Harrington becomes desperate when her landlady demands the rent or else. To keep food on the table and a roof over her young brother and sister’s heads, she sells the only thing she has to offer…her innocence.
When Broadmoor discovers Amelia was a virgin and a gentleman as well, his honor demands he marry her. Can Warren protect his heart while enjoying his new wife’s delectable charms, or will she bring his walls crashing down, showing him that he can live again?