Welcome to my blog today, where we explore the world of books! I have an excerpt from Deceptive by M.D. Melai & C.S. Leigh. An exciting start to the new Deceptive series. 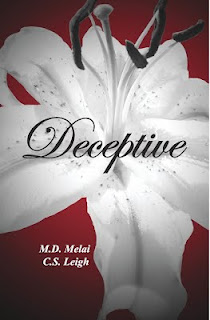 Twenty-one year old Liliana Dapprima was living her life exactly how she planned. She had an amazing job as an interior designer and lived with her best friend Violet in Toronto. But, everything changes when her father forces her to move to New Jersey to re-design his businesses in New York City. Upon her arrival in New Jersey, she finds out she must live with her old flame, Emilio Amante, who had completely tore apart her heart.

She must learn to live alongside Emilio as she tries to start a new relationship with the new man in her life, Lucas. And to make matters even more complicated, Emilio is Lucas’ boss.

Dealing with a love triangle is hard enough, but then Lily must also deal with secrets from and about her family. She is constantly lied to and when she gets attacked multiple times by a rival family, she wants answers and will go to any extent to get them.
Liliana has been living in a world where everyone and everything is not what it seems.

What will happen when tragedy strikes and secrets are revealed?

All I could hear was the cracking of the branches and leaves under my feet. Dodging the trees and trying not to fall, I ran as fast as I could. The quicker I ran, the harder my heart pounded against my chest. I didn’t hear him anymore, but I knew he was still behind me. I could feel him getting closer.
When I saw an opening in the trees I turned and headed toward it. I felt like everything was going to be okay. I walked out of the trees into the bright moonlight, just to find myself teetering on a ledge.
A cliff? Are you kidding me?
It was a good three hundred foot drop into a canopy of trees. I wouldn’t survive the fall. I started searching for a way out of this. I looked from side to side and saw that the cliff extended for miles with no bridge in sight.
“Liliana,” he yelled, drawing out my name. He was getting closer. “You can run, but you can’t hide.”
I didn’t have much time. I started to panic as soon as I saw his shadow in the trees, and before I could take off he emerged from the tree line. I immediately took a step back, almost losing my balance. I couldn’t make out his face, but somehow I felt connected to him.
“I told you,” he said as he caught his breath, “you can’t escape me. You are mine.”
He lunged forward and I startled awake.

M.D. Melai & C.S. Leigh are a cousin writing duo that live in North Central Texas.
They are the self-published authors of the Deceptive Series. Deceptive, the first in the series, was published in February of this year. Fugitive, the second in the series, was published in July. They are currently hard at work writing the third book in the series that is slated to be released in the Winter of 2016.
C.S. Leigh has a degree in business administration. When she isn’t writing she is working her day job, that she enjoys as well. Leigh loves being adventurous and shopping.

M.D. Melai is a full time stay at home mom. When she isn’t writing she is chasing around her very active five year old.

Both Melai and Leigh believe family is of the utmost importance and enjoy spending their free time with them, as well as friends. They are both devout readers, and read as much as time will allow them too.

Their love for books and storytelling is what inspired them to tell the story of Liliana. 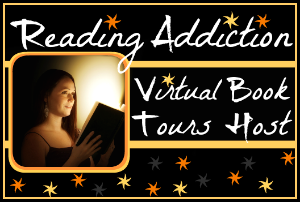