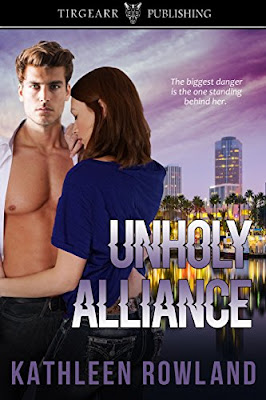 A decade ago, Tori Rourke, and her cousin, Vivienne, ran from the Irish mob after witnessing a brutal murder. Tori was framed by the mob, and while she served time in prison, she worried that the killer, Seamus McGinn, had kidnapped her missing cousin.

When Grady agrees to defend a new client, Samuel Peterson, who’s been accused of beating to death the wife of a noted professor, the evidence mounts. The professor is missing, as well as his laptop that contains data dangerous to national security.

And Seamus McGinn is back, and rumors of a massive annihilation is about to begin. As they race to assist the FBI, the bonds between Grady and Tori are about to be tested. It becomes clear Grady and Tori are falling fast for each other, but what to do about it is a different story. He’s a divorced dad who wants more time with his kid. She brings danger to his front door.

Grady has questions of his own; Is Vivienne at the center of the mob’s operation? How much will it cost Tori before she learns the truth? All Grady knows is the biggest danger is the one standing right behind you.

This is the first time I have read a book by Kathleen Rowland, and I really enjoyed it. She sent me an offer to read and review, and I’m glad I accepted. I have decided I will not do a synopsis because the book description covers it extremely well.

The writing flowed smoothly, and for the most part, the plot is believable. The characters are intriguing, and the pacing is steady, and at times very fast. There is a lot of action in this story, almost enough to classify it as a thriller.

Tori’s character has an interesting story. I can’t imagine spending ten years in prison for a crime I did not commit. What amazed me, is that she is not a cynical character. She gained my empathy from the beginning. Her only concern upon her release is finding her cousin. Her loyalty to Vivienne is actually astonishing. There are several heart-warming scenes between her, the hero and his son that only made me like her even more.

Grady is an interesting hero. He fights for the wrongly accused. That how he meets Tori. He’s protective of his son, and fears that his involvement could place the boy in danger. Now, there is a scene that seemed out of character to me and it clearly places his son in a life-threatening situation. That is the main reason this is a 4-star review.

Nonetheless, this is an excellent book with plenty of action-packed scenes that will have you holding onto your seat and biting your nails. While this book is a little short on romance, it still has a rewarding HEA. I recommend it to anyone who enjoys a good romantic suspense novel. Happy reading!