Thanks Vikki, for having Lacey and Armand with you today. I hope your readers get that wonderful lump in their throats when they read of their reunion.

Pirates, Puritans, propaganda, and princes—pieces of the puzzle in the whirlwind romance between a beautiful jelly maker and a mysterious castaway.

Paraiso, the island in Whirlwind Romance, is based on a real island in the western Caribbean that I discovered—how else?—mucking around on the internet. Called Providencia, it forms an archipelago with two other islands, San Andres and Santa Catalina, and five uninhabited atolls. Currently under the Colombian flag, it has been the ruled by an incredible variety of groups, from Henry Morgan the notorious buccaneer, to Spanish Conquistadors, Dutch traders, even English Puritans. Now part of the UN's Seaflower Biosphere, it sports the third largest coral reef in the world. To reach it isn't easy, which is why it's not well known in tourist circles.

In this excerpt, Armand and Lacey are reunited after a forced separation, when Lacey returns to Florida and Armand is left dealing with events in Paraiso. The initial period of recrimination concluded, things are resolved as they should be. 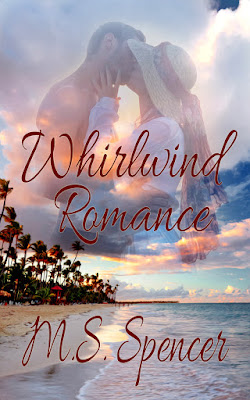 Blurb:
In the aftermath of a hurricane, Lacey Delahaye finds herself marooned on an island on the Gulf coast of Florida with a mysterious man. They are immediately drawn to each other, but before Armand can confess his identity, they are kidnapped and taken to a tiny island in the western Caribbean. In a story filled with adventure, Lacey faces pirates, power-mad ideologues, and palace intrigue, not to mention the advances of three men, only one of whom she loves. 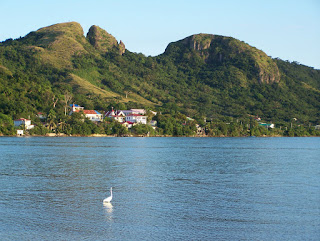 Excerpt (R): Makeup Sex
A light tapping woke her. She lifted her head as the mantel clock chimed once. One a.m. “Who is it?”
“It’s me. Armand. Can I come in?”
No! “What do you want?”
“We have to talk.”
“Do I have a choice?”
“Of course.”
“I mean, you’ve locked me in. I’m hardly in a position to refuse.”
The doorknob rattled. “Damn it, you’re right—those two blockheads must have ordered it. Hang on.” She listened to some scratching and bumping, and the door yielded. Armand stumbled in. He held up a small pin with a grin. “I believe I’ll double my donation to Eton this year.”
“Hmmph. Look, I need some sleep. I’m getting out of your hair tomorrow morning, so you don’t need to threaten me. I apologize for being such a fool.”
He took a step toward her, and she drew her knees up to her chin. “May I sit down?”
“Be my guest.”
He gazed at her a minute. “It’s…it’s good to see you.”
She was too busy clenching her jaw to say anything.
He tried again. “I missed you.”
“Huh.”
“I…uh…look, Lacey, you have no right to take that attitude. After all, you were the one who left me.” He stood and paced.
“I—”
He swung on her, his face pinched, his voice brittle. “Why did you do that? Why did you go?”
“I had to, Armand. I was in the way. You had a family crisis—a national crisis—on your hands. My presence just made things worse.”
“No…no. That’s not true. I wanted…needed you. Lacey—” He bent toward her, his beseeching eyes filled with shade upon shade of black and mahogany and gold.
They reminded her of Maitea’s eyes. “Really?” She tossed her head. “I see you wasted no time getting engaged.”
He lifted his chin. “What else could I do? I’d lost the only woman I’ve ever loved. All I have left is my honor. And honor dictates that the second son of the grand duke marry his second cousin.”
Lacey remembered that awful night in the castle, with Edrigu and Crispin and Inigo, and…Armand—the night when all her options were so cruelly eliminated, leaving her with the one, the inevitable choice. “You didn’t lose me, Armand. You let me go.”
His stricken face shot shards of pain out, piercing her heart. Defenses crumbling, she held out her arms. He fell into them.
A long kiss, followed by a rambling conversation in which the words “love” and “forever,” figured prominently, went on for a few minutes. Armand’s hands roamed over Lacey like a blind man memorizing her body, finally reaching the hem of her nightgown. He lifted it up and over her head, pausing to kiss each nipple. She unbuttoned his shirt, planting kisses on his chest. He wiggled out of his jeans and returned to her.
She pressed closer, squashing her breasts against him, wrapping her thighs around his hips. They held still, savoring the moment, savoring the knowledge of what was to come. He inched down her stomach, pausing to lick her belly button. “Hurry, hurry,” she panted. Instead, he lingered on her inner thighs, trailing his lips down the bare flesh. She writhed on the bed, aching for her climax, begging him to unleash the passion building in her.
At last, he came to her toes. He peered up at her, and she caught a mischievous gleam in his eye. Lacey, who a minute before had been consumed by impatience, wanting her orgasm, wanting to come with him immediately if not sooner, settled down to watch. He took each toe gently between his lips and kissed the tips, then ran a finger along her instep. One hand cupped her heel while the other gently stroked the back of her calf. The kneading calmed her. This must be the way a cat feels when she’s petted—all warm and cozy and loved. Her restlessness muzzled, she lay quietly, rejoicing in his caresses.
Armand whispered, “Lacey, I’ve waited for this moment for six weeks. Every night I’d fall asleep thinking of you, and every dawn I dreamed you were lying here next to me. I’d wake happy, until the real world crashed in. And here you are, as beautiful and desirable as you were the moment I first set eyes on you.”
“Come to me, Armand.”
The world stood by as two lovers met and enfolded. A roll of thunder and crash of lightning from beyond the window echoed the thrumming of flesh on flesh. She couldn’t breathe, couldn’t think. His scent filled her nostrils, and she let go.
Fingers intertwined, lips touching, they rested. The storm faded into the night.
As dawn peeked in through the open window, a knowing smile on her cream-colored face, Lacey pulled Armand close and reminded him again of what he’d missed. Almost sated, they slept again. 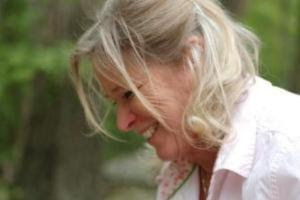 About the Author:
Although M. S. Spencer has lived or traveled in five of the seven continents, the last thirty years were spent mostly in Washington, D.C. as a librarian, Congressional staff assistant, speechwriter, editor, birdwatcher, kayaker, policy wonk, non-profit director, and parent. After many years in academia, she worked for the U.S. Senate, the U.S. Department of the Interior, in several library systems, both public and academic, and at the Torpedo Factory Art Center in Alexandria, Virginia.
Ms. Spencer has published ten romantic suspense and murder mystery novels. She has two fabulous grown children and an incredible granddaughter. She divides her time between the Gulf Coast of Florida and a tiny village in Maine.

My calendar of events can be found here:
Romance Books 4 Us: http://romancebooks4us.com/Romance%20Author%20M.%20S.%20Spencer.html OR
http://bit.ly/1d6ehza