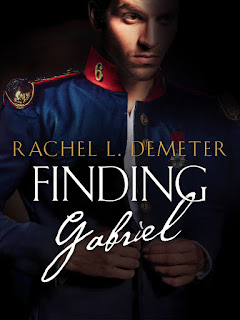 After a decade of bloodstained battlegrounds while fighting in Napoleon's army, Gabriel returns to the streets of Paris a shattered and haunted soul. Plagued by inner demons, he swallows the barrel of his flintlock pistol and pulls the trigger.

But fate has a different plan.

Ariah Larochelle is a survivor. Orphaned at twelve and victim to a devastating crime, she has learned to keep her back to walls and to trust no one. But when she finds a gravely injured soldier washed up on the River Seine, she's moved by compassion. In spite of her reservations, she rescues him from the icy water and brings him into her home.

Now scarred inside and out, Gabriel discovers a kindred spirit in Ariah - and feelings he imagined lost forever reawaken as he observes her strength in the face of adversity. But when Ariah's own lethal secrets unfold, their new love is threatened by ancient ghosts. Can Gabriel and Ariah find hope in the wreckage of their pasts - or will the cycle of history repeat again?

When I read the book description for Finding Gabriel, I found it intriguing. I always enjoy dark dramas with plenty of passion. I am glad I agreed to accept this book in exchange for an honest review. Finding Gabriel gave me a glimpse of what it felt like to be in France between the Treaty of Fontainebleau and Bonaparte’s escape from Elba. I have read a great many regency novels set during this time, but only a few set in France.

Ariah stumbles upon Gabriel at the edge of the river Seine with one side of his face destroyed. With the help of her sister, they pull him inside her house. Little does she know, this stranger will change her life forever.

When Gabriel awakens to discover he is still alive, he believes he sees an angel. Although, he soon discovers his angel is a flesh and blood woman. As she nurses him back to health, he falls irrevocably in love with Ariah and her sweet little daughter.

Is it possible for two damaged souls to find a love that can heal their troubled spirits, or will circumstances tear them apart?

This book had me sitting up straight and taking notice from the first page. I love it when a novel drops me into the middle of either action or intense passion and this one did both. The pacing is quite good for most of the book, and the unfolding romance between Ariah and Gabriel is very satisfying, keeping me vested in both their characters.

Ariah’s character is captivating, and I fell in love with her right away. Her fearless determination and willingness to risk bringing a stranger into her home is actually astonishing, considering her past history. I shall not give any details, but her trust in men was defiled at a very young and impressionable age. Not only is her character compassionate, she is also a very nurturing friend and mother.

Gabriel’s character starts out in deep despair, to the point he places a flintlock pistol in his mouth and pulls the trigger. At first when he discovers his suicide attempt failed, he is angry, but as he gets to know Ariah, he realizes she did him a great favor by saving his life. His story is one of redemption. I felt his pain over the loss of his family and the guilt he experienced because he wasn’t able to save them.

I did have a couple of issues with Finding Gabriel. I would have liked to know more of what drove him to such despair so many years after he lost his family, more of the tragedy of battle, loss of comrades, whatever it was. There were several instances where Ms. Demeter’s word choices pulled from the story. She has Ariah’s tongue dueling with Gabriel’s in a passionate tango. The tango is a dance that became popular in late 19th century, well after the period of history this book is set in. Also surreal is a twentieth century word.

Nonetheless, the few problems were minor and did not take away from my reading enjoyment. If you are looking for a story filled with deep emotion and a beautiful love story, then you will enjoy Finding Gabriel as much as I did. Happy reading! 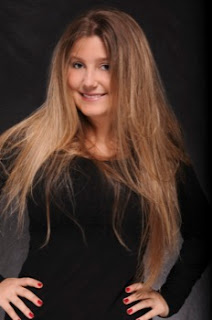 Rachel L. Demeter lives in the beautiful hills of Anaheim, California with Teddy, her goofy lowland sheepdog, and her high school sweetheart of eleven years. She enjoys writing dark, poignant romances that challenge the reader's emotions and explore the redeeming power of love.  Imagining dynamic worlds and characters has been Rachel's passion for longer than she can remember. Before learning how to read or write, she would dictate stories while her mother would record them for her. She holds a special affinity for the tortured hero and unconventional romances. Whether crafting the protagonist or antagonist, she ensures every character is given a soul.  Rachel endeavors to defy conventions by blending elements of romance, suspense, and horror. Some themes her stories never stray too far from: forbidden romance, soul mates, the power of love to redeem, mend all wounds, and triumph over darkness.  Her dream is to move readers and leave an emotional impact through her words.  Don't be a stranger! Rachel loves to connect and interact with her readers.